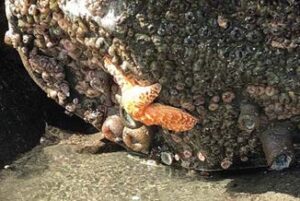 “Communitation” is the fine art of PARTICIPATORY COMMUNITY ENGAGEMENT.  It is the art of intentionally, actively and proactively participating in a thriving, collaborative COMMUNITY.

Lee Shulman Bierer [ www.collegeadmissionsstrategies.com ], provides an excellent example of “Communitation” applied to the process of seeking admission to college.  Her recommendations include:

NOTE: Colleges and universities are always looking for prospective students who are most likely to become avid, participating alumni, supporting the institution post-graduation and becoming front-line “First Advocates” for many years to come!

I wish I had known all this during my own matriculation!   I was lucky during the process of admission to college: Both of my parents had attended the college – and were actively supporting alumni – and my older brother was already an outstanding student.  (That’s EXTREME Communitation by proxy!)  But, when I applied to medical schools following college, I did none of the above, depending exclusively on in-person interviews to carry the day.   While the interviews got me on the “Alternate” lists at two schools, neither of the two resulted in a final acceptance.

Nonetheless, during my “alternate” [but even more rewarding than I could have imagined!] career as a biomedical scientist, it was my informal and generally happenstance “communitation” that got me where I wanted to go – with a great deal of proactive intervention from significant others, prompting the following observation:

“It’s not so much ‘Who you know’ that drives advancement,

but WHO KNOWS YOU, how committed you are,

and what you can do.”

NOTE: My mother’s enthusiastic participation in a particular college alumnus “communitation” event [Reunion] ended up connecting my wife to a coveted teaching position at a prestigious, private Day School when we moved to New York City!

This paradigm has proven to be iron clad in so many additional ways throughout my career.  As a biomedical scientist-turned-administrator with no formal training in the latter, I had to create a lot of different “communities of association” with other administrators to survive.   During the first nine months of my appointment at the Markey Cancer Center in 1983, I was “charged” to direct the formulation of a common set of data elements for a new statewide Tumor Registry system.  This required intensive “communitation” with key Tumor Registrars – not only within the state, but well beyond.   As Markey Center development materialized, I found it extremely helpful to join the Cancer Center Administrators Forum – a national organization of over 50 National Cancer Institute-Designated Centers, whose battle-tested members brought with them a wealth of resourcefulness.

From one meeting of this group in Atlanta, I was introduced to a famous business consultant, B. Eugene Griessman, who, shortly thereafter, used one of the quotes from my “TOIT” book in his best seller: “Time Tactics for Very Successful People” … it was, in fact, used as the header on Page 1 for Chapter 1!

“Taking time is a thief’s trade; making time a strategist’s.

An effective manager must be both strategist and thief,

to get the job done.”

Unfortunately, we also know the heavy toll of severely limiting circumstance when “communitation” is not available or is severely compromised.  Marginalized groups and individuals who don’t have direct access to the kinds of “communitation” from which they would most benefit often fail to thrive and miss realizing their full potential.   Remember: Life is a FIVE-HANDED AFFAIR.  One needs not only their own two hands fully engaged, they need a GUIDING HAND, a HELPING HAND and a HAND-UP / HAND-OFF to the next rung on the ladder of life.   Reaching OUT and DOWN to provide that help is both noble and necessary.

“Communitation” – the active participation in “Communities of Association” – is what makes the world work.  Don’t venture off in the universe without it! Quartermaster

Lee Kiefer from Lexington, KY represented the U.S. as a hopeful Gold Medalist in Olympic Fencing in Tokyo, 2021.  Her piano teacher’s husband was a FENCING COACH!   BTW: She’s also going to medical school at the University of Kentucky.   Both her parents and grandparents were physicians.   UPDATE: Lee Kiefer earned a GOLD MEDAL in the 2020/2021 Tokyo Olympics!