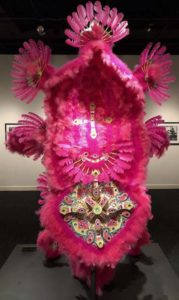 Perhaps more fundamentally important than mission or purpose in a life well lived is RELEVANCE.  We want and need affirmation.  But, even more so, we need to know that who we are and what we do is relevant … legitimate … worth something … and that, somehow, we are OK … being who we are doing what we’re doing.

“I love being irreverent.

But I hate being irrelevant.”

Relevance doesn’t come with the territory!  We need to FIND / CREATE / BUILD our own RELEVANCE.  And it’s a never-ending process.

“Malwarebytes identified the skills its quality assurance testers would need to stay relevant in the rapidly changing cybersecurity industry.  Then it told its staffers to buckle in – it was time to get “up-skilled.”  As automation becomes ubiquitous, education start-ups … are positioning themselves as the nexus between today’s workforce and tomorrow’s jobs.”  Tracey Lein, Los Angeles Times

Importantly, what’s relevant in a domestic or tribal setting may not be anything close to what’s relevant on the street or in the marketplace.  What “works” in one setting or circumstance may not work at all in another.  So relevance is not necessarily infinitely translatable.

But some elements of relevance ARE translatable.  Perhaps we should identify, cultivate / build and reinforce those elements of relevance that do translate across multiple circumstances?  This might include such things as open-minded curiosity, purposeful engagement, participation, mastery of a particular skill or discipline (extra points for useful), cultural awareness, embracing diversity, life-long learning, building, continuous quality improvement, innovation, bridging gaps, teaching / helping / mentoring, acute awareness of current events, being a “voice” for positive change / being a positive “Change Agent”.

Other things might include:  Initiative, equanimity, cooperation, collaboration, communication, generosity, empathy / compassion, willingness to take risks, willingness to stand up and be counted for something worthwhile, simply “doing what’s right”, and an ability to detect, dismiss and discard the IRRELEVANT.

NOTE: An absence of baggage is important; BAGGAGE is not only not irrelevant, but contravenes relevance.  Being a “Drama Queen” or having excessive personal, emotional or psychological needs is baggage.  Excessive dependencies … on other people, on circumstances, drugs, social media “likes”, fawning attention, etc., constitutes unnecessary baggage.  Debilitating and distracting habits are baggage.

Relevance paves the way toward enfranchisement, positive enablement and empowerment.  Change agents above and ahead of us are always looking for relevant collaborators and compatriots to help move the universe forward.

Goal setting and goal tending are relevant.  Getting relevant stuff DONE is relevant!

A passion for large Dreams and just causes is relevant.

Relevance is not necessarily “popular” or “chick” or “cool”.

Sometimes “relevance” means doing stuff other people might think would be “beneath” them.  To get the best crops one has to plow the dirt, plant the seeds and pull the weeds!

SPECIAL NOTE: Recreation is not irrelevant!  Reconstituting our energy and re-energizing our core capacity is as relevant as anything we do WITH that capacity.  And creative play is an essential part of personal growth and discovery.  All major innovators in the universe were called “Crazy” somewhere along the way!

And “relevance” doesn’t mean one “doesn’t make waves”.  If your particular brand or niche of “relevance” happens to clash with things NOT so relevant, it may be more than half-past time to become a “Change Agent” – whatever it takes!

Relevance has both INTIMATE and ULTIMATE value (Exercise an example):

Intimate Value of Exercise:  1) You’re doing your due diligence; 2) You’re (hopefully!) enjoying the engagement; 3) It’s good for your health! 4) You feel so much more alive! 5) It helps clean out the cobwebs and “fog” so you can focus.

Ultimate Value of Exercise:  1) You’re capacitizing yourself for future challenges; 2) The enhanced “mental energy” is a “slingshot accelerator”.

Relevance has little to do with “feeling good” … except in the largest sense possible.  “Feeling good” in terms of touch, taste, smell, sight, and sound are “elementary” level sensations associated with mere survival.  Full matriculation – and THRIVING – requires satisfaction in much more intangible terms … such as: satisfaction with a relevant job well done, with physical conditioning, with mental acuity, with problem solving ability, with being useful, with self-improvement, with helping others, with creative engagement, with learning new stuff, with taking on new responsibility, with advancing, with having better choices, with having more security, with having more navigability … and with creating GOOD WILL.  NOTE: “Satisfaction” gained by simply having more “stuff” or having more “toys” is both trivial and temporary … and largely irrelevant.

It’s easy to get lost in the fog of a daily grind or an uphill climb and become discouraged and wonder where “relevance” has gone.  However, as long as you’re putting in a diligent effort toward a relevant goal, you’re relevant!  Even Sisyphus would wear a mountain down, eventually!  Quartermaster