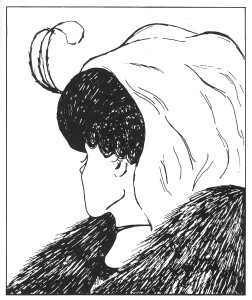 [Is this a photo of a young debutante or an old woman?]

Fifth graders were playing a game of “Flag”. During the course of the game, one of the ring leaders on one of the teams called a “Time Out” to get a drink of water and tie a shoe. However, in the process, she just happened to pass by the “Jail” of the other team, tapped out her jailed compatriots, and they all returned jubilant to “Home Base”. Fortunately, the chief overseer of the playground saw the deception, cried “FOUL!”, and sent half the offending team to the sidelines.

* * * * * * * * * * * * * * * * * * * *
In almost all competitive team sports – both professional and otherwise – deception is the name of the game – and “Foul” is only operative if you get caught! But many deceptions are completely legal. Doing the unexpected by tipping one’s hand toward a particular course of action and then doing something completely different provides a defining advantage. The masterful “Fake” is the province of winners. [In fact, few games are won without it.]

Once we see the advantages of deception, it becomes an extremely coveted tool. Advertising / Marketing agencies are masters of the craft. “Bait and Switch” tactics in advertising are legendary.

Sometimes, we need a sobering reality check. The hope and expectation of getting something for nothing – or for comparatively little – is an addictive inclination which sets us up for major disappointments, not to mention grave consequences. Unreasonable hope drives the lottery. It fuels procrastination. It gives wings to excuses and explanations. It entices school dropouts. It is the fodder of “Get Rich Quick” schemes.

And the unshakable conviction that we’re all superheroes and beauty queens – or can become so with little effort and/or a lot of money – is the foundational driving force for astronomically thriving businesses in cosmetics, reconstructive surgery, weight loss programs, video games, anti-aging potions, and all sorts of aura-enhancement offerings. 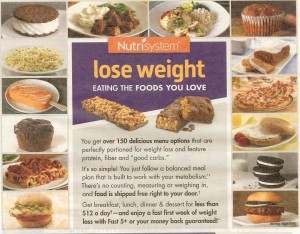 Consider this: The LESS weight customers lose, the MORE they need to rely on NS “counselors” and the more they need to stay in the NS food chain!

Con Artists push the edges of deception to extremes. Maria Konnikova exposes the latest trends in her new book, “The Confidence Game” [summarized by Sarah Begley in Time, February 1, 2016, p. 22]:

“ … a religious leader who passes a donation basket to fund his extravagant lifestyle; an art dealer selling fake Rothkos and Pollocks … these tricks work because humans are psychologically programmed to be gullible. ‘What a confidence artist sells is hope. Hope that you’ll be happier, healthier, richer,’ that you ‘will emerge on the other side’ and somehow be superior.”

Not that we’re insensitive to benevolent causes. In fact, tugging at prospects’ hearts on behalf of children, pets, Veterans, the catastrophically imperiled, the disenfranchised and the misfortunate has given rise to some of the most powerful 501(c3) organizations with some of the highest salaried CEOs.

I would have to add that the urge to “Beat the System” or “Game the System” is a huge – make that HUGE – driving force – especially in politics. Promise the populace anything they desire in order to get elected and then do as you please!

And who hasn’t been accosted/tempted by any number of phishing expeditions launched via email, phone calls or social media?

But nothing compares to the impact of beating ourselves at our own game. We deceive ourselves into believing tomorrow will be so much better than today, despite our lack of personal commitment, inclination or effort to make it so – or even despite our actions to the contrary!  And we’re especially good at deceptively turning WANTS into NEEDS, as well as into “Just Deservings”. And what about deceptive “Licensing”: Strategically ordering the Diet Coke to go with our bacon double cheeseburgers and large fries? Or telling ourselves that one Cinnabon won’t hurt … [and, besides, we SO deserve it] … so we might as well pick up half-a-dozen!

Considering all of the above, one has to wonder if we couldn’t harness more of the powers of deception for positive purposes. Stay tuned for Deceptions II to follow …

In the meantime, be a little circumspect about things that sound “too good to be true” or too “easy”, or are represented as “entitlements” or “deservings”. The person we first most don’t want to fool – or BE fooled – is ourselves. Quartermaster